Apart from its historical importance and well established position in the archaeological map of India, Balurghat boasts many tourist places that are visited by locals as well as tourists from other parts of the state and country. There are forests, historical sites, monuments, religious places and archaeological sites in Balurghat and these are visited by plenty of tourists throughout the year.

The best time to visit Balurghat is during winter months from October to February. Balurghat has train connectivity with Kolkata, New Jalpaiguri in north Bengal and Malda District. Passengers and express trains run on regular basis from Balurghat Station. Bus services both private and public are plenty in numbers joining Balurghat to other major cities of West Bengal.

Trekking and Adventure Spots in Balurghat

One of the biggest forests of south Dinajpur is only 6 km away from Balurghat. Tourists can reach here very easily as this place is well connected through roads and rail both. The nearest railway station is located 3 km away from Dogachi. The scenic beauty and unpolluted atmosphere of this forest is an ideal place for arranging picnics, trekking, hiking and nature photography. There is a small island in the forest where one could enjoy bird watching. This island is isolated from the main land and is surrounded by Kashiya Creek. 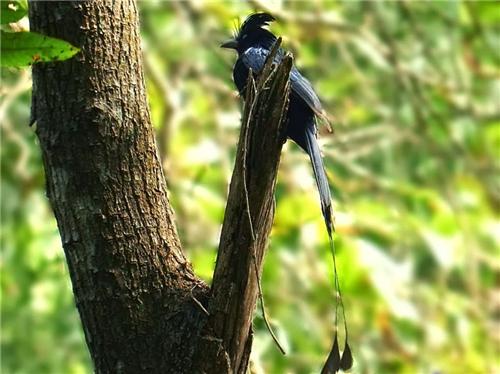 Varieties of flora and fauna are found here and that is why this forest is a favorite place for the nature lovers. Construction of a deer park near the island has already started. Local conveyance like auto-rickshaws, rickshaws and private vehicles could be taken to reach Dogachi Forest. A zig-zag canal with boating facility is also a major attraction of this forest.

About 1 km away from Balurghat Town, a small forest Raghunathpur is located. The pristine beauty of this forest as well as lush green surrounding make it one of the most preferred and most visited tourist places of Balurghat. Tourists could enjoy staying at Forest Department bungalow in the forest. This forest bungalow is an ideal place to enjoy leisure vacation of a day or two.

Balurghat has many monuments that take the visitors on the historical journey and helps the visitors to get to know about the rich culture and heritage of our country.

The place is located on the Balurghat-Malda Highway on the banks of Atreyee River. Visitors can still get to see the very old buildings that have been built by the Tagore Family.

Visitors get to see monument built in the memory of the martyrs who were killed during an open fire by the British forces. In the year 1946, the famous Tebhaga Movement got originated here and as a result many sharecroppers joined it. Sharecroppers wanted to increase their share to 75% of the crops they grow. Many local cultivators also supported them and British forces had to take extreme measures to curb the movement.

When failed to do so, they arrested many people who were associated with the movement and while they were taking the arrested sharecroppers and leaders, under the leadership of Chiarshai Sekh, the police forces were attacked, their vehicles ransacked and the arrested people were released. Then 121 rounds of open fire occurred and as a result 21 people belonging to various castes and religion died on the spot. This place has become a famous historical place and many come here to look at this monument. Khanpur is located about 18 km away from Balurghat on the Patiram-Trimohini Road.

Many archaeological sites and remains have been excavated in Balurghat and most of them are in Bangarh.

Bangarh was the capital of the district Koti Barsha during the Gupta Rule and was known as Devikote. After excavations are done , many items and remnants of history have been found here. Right from the era of Mauyras to the Muslim rulers, there are items belonging to each one of them. During excavation statues, pillars, manuscripts and even a road named Usha Haran road was found. At the bank of River Puranbhaba, visitors will find the grave of great Turkish ruler, Bakhityar Khilji.

Located on the eastern shores of River Srimati, Bairhatta has many archaeological remains and icons. Many of them are kept in the government houses like police stations and block office. Dehaband near Bairhatta is another place where historical icons have been found after excavations. These places attract history lovers as well as common tourists. Sculptures of unique styles mainly constructed by the famous sculptures of that time- Dhimana and Bitpala are found here. 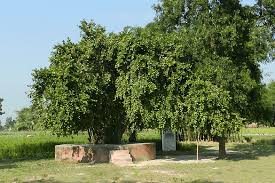 A Somi Tree is Bairhatta is one of the rarest trees found in the world. According to the Mahabharata,  Pandavas had their weapons kept on this tree when they were staying at King Birata’s place in disguise. There are many water bodies in Bairhatta namely Atla Dighi, Gour Dighi, Hati doba Dighi and Milan Dighi where hundreds of migratory birds come during winter. All these water bodies are visited by the locals as well as tourists in great numbers.

Lakes and Bird Watching in Balurghat:

Balurghat houses making lakes and water bodies. These all are artificial lakes constructed during rules of various kings.

Tapan Dighi lake has been constructed by the famous king of West Bengal, King Laxmana Sen so that he could offer Tarpana to his ancestors. The place has scenic beauty and visitors could watch local as well as migratory bird here at this water body. A nearby place name Manohali has several historical icons found here.

These two famous water bodies were built by King Bana after his two wives as per their complexion. Dhaldighi has white colored water while kal dighi has black water. There is a grave of the Muslim Saint Atash Fakir near Dhal Dighi and one could get to see many migratory birds during winter at these water bodies. Birds like Water Hen, Bronzed Winged Jacana, Grey Lag Goose are found here. Tourist lodge within the Kal Dighi Premise can be booked for staying purposes. Children Park in the near vicinity is also a place to visit. Both these places are in Gangarampur Block about 35 km away from Balurghat.

Balurghat has many places where picnics are arranged during winters. Such places are flocked with tourists during winter and at various time of the year especially weekends as they are good places for outings.

A huge water body near Hili, Matash is also a famous picnic spot for the local people as well as for the tourists coming from outside. During winters, it is popular destination for the bird watchers. The lake was created by the King of Dinajpur to provide drinking water to his subjects. 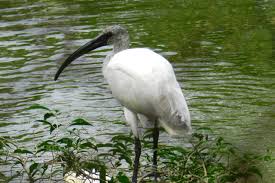 The water body that got excavated more than 150 years ago has become a famous tourist spot nowadays.

This is a small forest near Hili and is a famous picnic spot. There is a small hut constructed in the middle of the forest that has drinking facilities. To visit this forest or to arrange picnics here, prior permission must be taken from the Block Office of Hili.