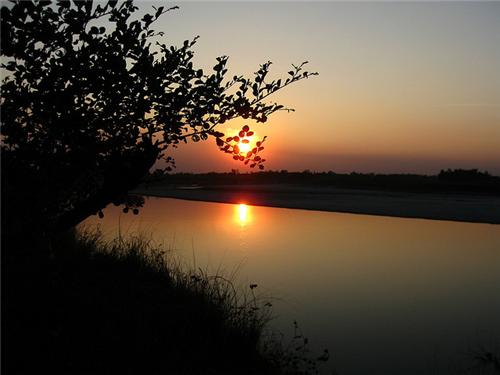 In India there is special importance and place for its Rivers, rivers in India are worshiped and respected like Gods as are the part of nature and life cannot be imagined without river water. West Bengal is an important State of India and Balurghat is a small town in the Dakshin Dinajpur district of West Bengal. Many rivers flow in West Bengal, River Atrayee or Atrai flows in West Bengal as well as northern areas of Bangladesh. Atrayee is the only river which flows in the Balurghat town.

This is an ancient river and is also mentioned in the epic of Mahabharata. Atrayee River is linked with Karatoya River and originates from West Bengal. It flows through Dinajpur district of Bangladesh and the again enters India, in Kumarganj and Balurghat blocks of district Dakshin Dinajpur.  It enters in Bangladesh near villages of joyganj and flows southwards passing through Debiganj, Khanshama, Birganj and Chirir Bandar thanas, from north to south. Atrayee throws out a branch called Gabura or Garverwari, from its western bank near Kantanagar, which after passing Dinajpur district rejoins the main stream after a course of approx. 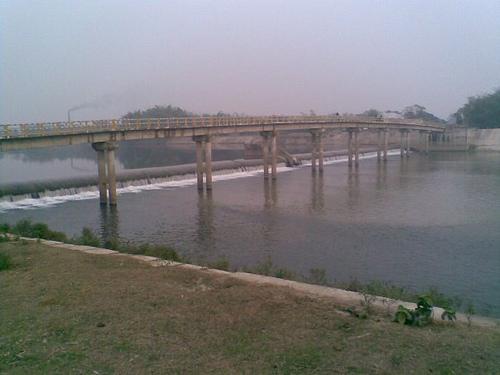 15 miles near Kawgoan. The river also throws off a stream from its east bank few miles away from Gabura, called Kankra. This stream also meets its parent stream near Samjhia- Ghat, from where this stream enters India.

The river after crossing Barind Tract flows into Chalan Bheel. Due to lack of proper drainage system the river causes flood during monsoon season but is also a perennial source of fishing.
Total length of Atrayee River is approximately 390 Km (240 miles) and depth of the river is 30m (99 feet). The present Atrayee was one of the important ancient rivers of the north Bengal as it was one of the main channel of the river Tista and use to discharge into Ganges, but in 1787-88 river Tista changed its course and made its own capacious channel directly to the Bhramputra through district Rangpur, thereby greatly diminishing the volume of water in river Atrayee and its sister channels; the Karatoya and the Jamuna. 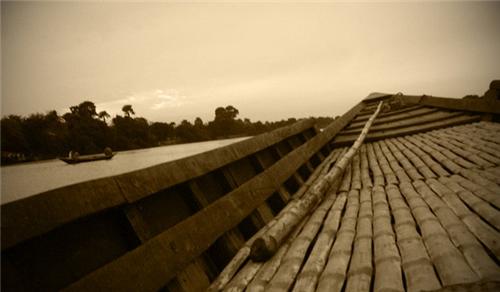 River Atrayee started losing its importance since then and has now only few traces of greatness it use to hold. Since then Atrayee has split further diminishing its water levels, this process was fastened after the earthquake of 1897 which raised the level of river bed. Still Atrayee is considered an important river of the area and is used for considerable export trade during rains. The channel of Atrayee is wide, sandy and shallow and its stream is sluggish. But the river becomes navigable during rainy season, for large boats throughout its course in Dinajpur district.


This mighty river, even after losing its greatness due to natural factors still hold its importance for the people of Balurghat as it is the only river which flow from the area and is a source of irrigation.

Explore more about Geography of Balurghat