One Day Trip from Balurghat

Known better for its unpolluted atmosphere, quaint surroundings, archaeological sites and dense forests, Balurghat is gaining popularity as one of the most sought after tourist spots of West Bengal Districts. Balurghat is in Dakshin Dinajpur and is very well connected to the other parts of West Bengal especially Kolkata and north Bengal through roadways. Balurghat boasts archaeological sites, monuments, forests, picnic spots, and lakes in and around the town. If you get opportunity to spare a day in Balurghat and would like to enjoy the day to the maximum, you get many places to enjoy one day trip from Balurghat.

Balurghat has got public buses running to other nearby places like Gangarampur, Buniadpur, Hili, Tapan etc. and also to the far off places like Malda, Siliguri, New Jalpaiguri, Raiganj and Kolkata. Apart from public bus services like NBSTC and CSTC, there are private bus services too. Trains are there from Balurghat Railway Station to Kolkata, New Jalpaiguri and Malda Town. To enjoy one day trip from Balurghat, tourists can hire private cars or taxis or can even avail bus services. The best time to visit Balurghat is during winter months from October to February. There are picnic spots in and around Balurghat that get flocked by local people as well as tourists during winter months or vacation time.

Spots for One Day Trip from Balurghat

This place in Gangarampur Block is known to have maximum archaeological icons and ruins that were found in Dakshin Dinajpur District. You can certainly choose this place for a one day trip from Balurghat as Bangarh  is about 45 km away and it used to be the capital of Koti Barsha. During the Gupta Rule, North Bengal was known as Pundra Vardhan Bhukti and was sub-divided into many districts. One of the districts was Koti Barsha which was known as Debikot at that time. 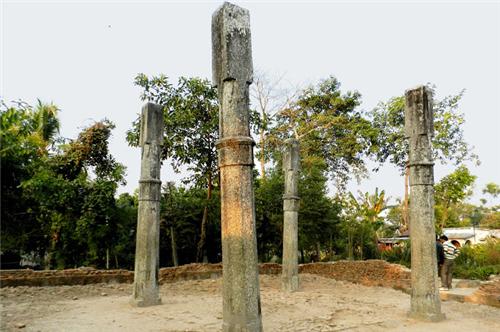 Many excavations were done during the period 1938-41 AD. Many archaeological icons and ruins were found when excavations were done under the supervision of Professor Kunja Bihari Goswami. Most of these ruins belonged to the Era of Mauryas. Many important items found here were building walls, old manuscripts belonging to King Naipala dated back to 11th century, four granite pillars. Another place of interest is the grave of great ruler Bakhtiyar Khilji , a great Turkish Warrior. The grave is located on the bank of River Puranbhaba.

Some of the ruins and historical items found here have been kept in other places e.g. Balurghat Police Line etc. A road named “Usha Haran Road” was also found and it is believed that grand-son of Lord Krishna, Aniruddha had kidnapped his love interest Usha, daughter of King Bana.

While one is visiting Bairhatta during the one day trip from Balurghat, Dhal Dighi can also be visited. This huge water body is 1.5 km long. Because of its white colored water, it has been given the name Dhal Dighi. Tourists can also see the grave of Atash Fakir, located on the northern bank of Dhal Dighi. The grave has wall inscriptions as well as intricately stone carved pillars.

Kal Dighi is another water body located about 200 m away from Dhal Dighi and can certainly covered during the one day trip from Balurghat.  As the color of this water body is black, it is known as Kal Dighi. During winter months, numerous migratory birds come here. On each side of this lake, brick road is constructed. By the side of this lake, thick plantations make the place look wonderful and charming. A children park is in close vicinity so kids have lots to enjoy here. 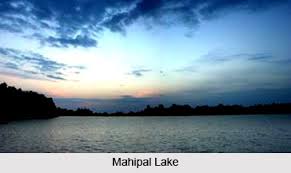 If you love to watch the silence of lakes then Mahipal Lake is a must visit for you if you are on a one day trip from Balurghat. This lake is located about 60 km away from Balurghat town. The lake was dug by the ruler Mahipal II of Pal Dynasty. On the northern shores of this lake there was a “nilkothi” that belonged to Mr. Thomas, a very close friend of William Kerry. The dilapidated Nilkothi still attracts many tourists. Many migratory birds can be seen at this lake during winter months.

One of the most famous places in the Tapan Block near Balurghat is the Tapan Dighi. Located about 35 km away from Balurghat Town, this lake covers an area of about 85 acres. You will definitely have a real good time when tripping Tapan Dighi during your one day trip from Balurghat. The lake was constructed during the reign of King Laxmana Sen, the famous ruler of Bengal. It was constructed to offer “tarpana” to the ancestors of the king. Visitors can get to see almost ruined mound of Buddha Era. Manohali village is also a place of interest where many historical icons are found.

This is a historical place where tourists can also enjoy one day trip from Balurghat is Bairhatta. Bairhatta is located on the eastern fringes of River Srimati. It is located about 35 km from Gangarampur Town. Bairhatta is known for many archaeological ruins and historical items that were found and are kept in various other places like Block Office and Police Station. In the near vicinity of Bairhatta, Dehaband Village is located which is also famous for various archaeological remains. Numerous historical items are still found in Dehaband Village near Bairhatta. 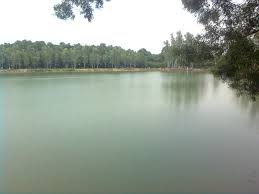 The historical remains that were found in Bairhatta and different other blocks are quite different from the other styles. This unique style of sculpture was the signature mark of two renowned artists of that time “Bitpala” and “Dhiman”.