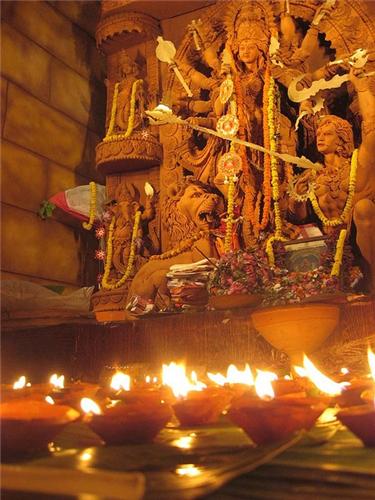 West Bengal has a rich cultural heritage. The state kept shuffling in the hands of various rulers due to which it got exposure of different cultures. Culture of west Bengal is considered to be one of the richest cultures of the country. The culture of West Bengal gives the glimpse of dynasties who ruled the area like, Maurayans, Palas, Guptas, Senas and also Mughals and British. Over the years the culture of west Bengal has present the example of a fine blend of tradition and modernity. But still some areas like Balurghat are not that developed. Culture of West Bengal is incomplete without mention of Bengali Music, Bengali literature and Bengali Cinema. The delicious Bengali cuisine is also an inseperable part of Bengali Culture.

Bengali people or Bengalis are famous for their intellectual skills all over the world. These ‘simple living high thinking people’ are known for their simple ways of living and sharp minds. Balurghat is a small town of district Dakshin Dinajpur of state of West Bengal and people here are simple but intelligent. Proven by some historical events, people of Balurghat are peaceful in nature but turns to rebels if it comes to their independence. Some of the reformers of Bengal who changed the path of society are; Raja Rammohan Roy and Vidya sagar. Bengal’s soil has given great sons like saint RamKrishna Param Hans and great Laureate Rabindra Nath Tagore. Bengali people have a deep affinity towards craft, music and art. Cultural festivals of West Bengal have roots in its heritage.

Music and Dance in Balurghat

One of the unique heritages of folk music of Bengal is ‘Baul Tradition’, which is influenced by regional music traditions. Gombhira, Bhawaiya and Bhatiali are other Bengali folk music forms. Ektara( single string instrument) is an inseperable part of Bengali folk music. Other instruments that accompany folk music are dotara, flute, dhol and tabla. The region also boasts an active heritage of North Indian Classical Music. In early 20th century, Gurusaday Dutt tried to revive folk art and folk dances of Bengal with all the possible means.

From early 1990’s, dance with Rabindra form a new genre of music emerged which is called Jeebonmuhi Gaan (based on realism).
Bengali dance forms are influenced from folk traditions including those of tribal groups. Chau Dance is a rare form of dance and is a mask dance. 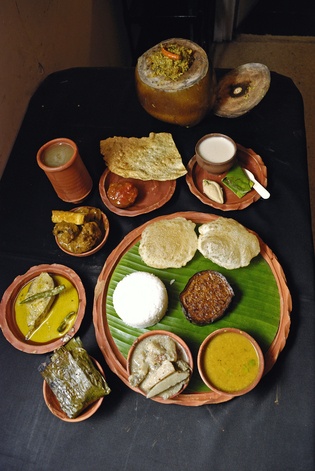 Bangalis are great foodies and always appreciate and cherish good taste. Staple foods of Bengal comprise of rice and Fish curry. Some common varieties of fish cooked in the state are; Salmon, Magur, Bhekti, Hilsa, Carp, Prawns and Carp etc. Bengali food has a typical taste due to use of mustard oil and mix of five special herbs known as ‘Panch foran’. Flavour of Bengali cuisine is a fine Blend of sweet and spice.

This is a unique folk culture and is typically of Dinajpur region. Rural people of the district (mainly of schedule castes and tribe communities) practice this age old tradition. The language used in Khan is of course Bengali, it is intermingled with dialogues and participants compose and tune the songs. The trends are changing now and someone who is capable and have skills for the same is appointed to compose and tune the songs. Normally there is no written manuscript and dialogues along with songs are improvised. ‘Khan’ mostly deals with any scandalous local incident or any illicit act done by any local person.

Some religious bodies consider them to be scandalous events and do not affirm for the same. ‘Khan performers’, starts the events in late evening and continue the same till the wee hours of mornings. Nowadays there are professional ‘Khan’ troupes. This is a seasonal event and mostly is performed after harvesting season is over and farmers have money to spend on some entertainment. Some known Khan Palas  are; Budhasari, Cyclesari etc.

This form portrays the pious love of Lord Krishna and Radha. All performances are based on the love and affection of Radha-Krishna.

These are are the folk songs composed mainly in he areas of Surjapuri and Dinajpuri dialect. The artists of these folk songs are mainly in Gangarampur and Kumarganj blocks.

This dance is mainly practiced by rural people who represent various ethnic groups. The masks worn in this dance are of wood and are made locally. The center place of Mokha Dance is Kushmandi block. Masks of God Goddesses like Shiva & Kali etc, animals like monkey & Tiger etc and also of fictitious characters of comic are made. This dance form is performed by only male dancers in the attires suitable with the masks worn. The dances are lavish and are accompanied by local players of flute and drummers.

There are two main characters of this folk – opera, Halna (which is a male character) and Halnani (which is female character). Folk Artists who perform in this opera type performance are socially conscious people and take part in all social upliftment programmes by Government. Some of them are DPEP, Health Awareness, Literacy Campaign and Family Welfare Programmes etc.
Baul Mela and Utsab are held in Tapan Block at Nayabazar Hattola.
Other popular folk cultures of the district of Dakshin Dinajpur are: Bislihava, Saitpir, Jalmanga Gan, Khaja Gan and Chorchunni.

The region of Balurghat is an ancient region of West Bengal. Khanpur and Bhangar areas near Balurghat are two historical places of the area which are even mentioned in the epic of Mahabharata. Buddhism prevailed in the area of Bengal during ancient period. Jainism was introduced in the area during Mauryan period. In 3rd Century B.C both Buddhism and Jainism co-existed in northern Bengal. Buddhist culture continued till the end of Pala Dynasty, Buddhist colleges and Universities were established during this period, ruins of which can still be seen. Brahmanical Hinduism was revived under the majestic patronage of the Sena rulers.

After which Kulinism was introduced and Buddhists and Yogis were tortured for opening the path for another religion Islam from 13th century onward. Shaktism became strong in Bengal from the end of 15th century and under the guidance of Shri Chaitanya ji Vaishnavism grew and became popular which still prevail in the area.

History of Balurghat region has seen different phases and times in which different religions were popular, due to which many religions prevail simultaneously in the area. Hindu and Islam are the two dominant religion of the area. Other minority sects consist of Buddhists, Jains, Sikhs and Christians. People of all the religion live with harmony and peace in Balurghat and whole district of Dakshin Dinajpur.