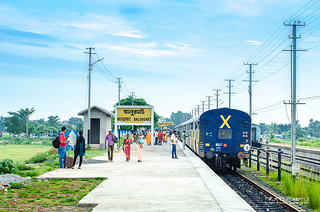 Railways have made our life easier be it daily journey to office or traveling for vacation. Balurghat has also got the blessing of being well connected to all the nearby states and cities through the railway connectivity.

Balurghat-Eklakhi broad gauge line is just a decade old but it serves Balurghat and surrounding areas as well as establishes connection with the surrounding districts and major towns and cities far off.

Established in December 2004, the broad gauge line between Balurghat in Dakshin Dinajpur District and Eklakhi in Malda District makes it easier for the travelers to reach adjoining areas of Balurghat as well as most parts of north India. As there are trains connecting Balurghat and New Jalpaiguri, travelers including tourists can reach Gangtok, capital of Sikkim State very comfortably. Balurghat gets visitors of all genres and Kolkata being the capital city of West Bengla State, Balurghat and Kolkata have direct trains making it travels of all types to reach Balurghat easily. Whether one is going to Balurghat for leisure vacation or for some official purpose, Balurghat Railway Station has express as well as passenger trains passing through it.

Balurghat Railway Station (code is BLGT) falls under Katihar Junction Railway Division of Railway Zone – Northeast Frontier Railway. Balurghat Railway Station has two important airports near it. One is the Balurghat Airport located about 5 km away from the station and the other one is the  Malda Airport in Malda District located about 65 km from Balurghat Station. About 6 important trains pass through Balurghat Station on daily bases and about 9000 passengers get served at by this station.  Travelers can easily get local conveyance like auto-rickshaw and rickshaw to reach Balurghat Town from the railway station. Railway station is located on the western banks of River Atreyee while the Town is located in the eastern banks of the river. Bothe the banks of Atrayee River is connected through a bridge.

Balurghat Eklakhi broad gauge line is about 80 km long and two important rivers Puranbhaba and Tangon have to be crossed en route. 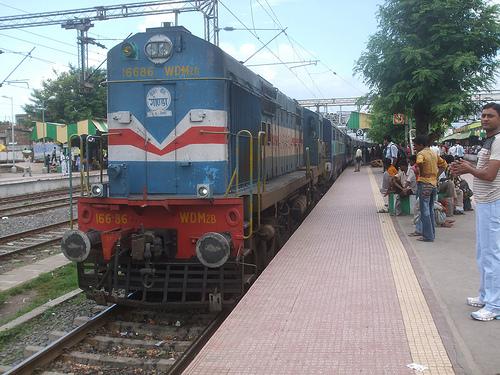 Explore more about Transport in Balurghat